During the summer, while I was trying to button down the fragrances I wanted to use for the autumn specials, I came across the most amazing Toffee Apple fragrance. Unfortunately it was an absolute nightmare to use in cold process soap. It massively accelerated trace, and did actually turn the soap solid in the bucket before I could even think about adding colour, never mind pour it into moulds. Nevertheless, I adored the fragrance and decided to break with tradition and offer my customers a soap made using the hot process method. If you’re not sure what that is – check out this post

Now I’m really not an expert at this method, and while some people can make amazing looking soap this way, my attempts have always been pretty basic and rustic looking, with no fancy swirls or patterns, and that was just how this one came out.

I honestly didn’t think I would sell very many at all, so only made 30 bars, but completely underestimated my lovely customers loyalty and preparedness to try something new and sold out within the hour – arrghh! I felt duty bound to make more PDQ, which I did. A couple of days ago.

Hot process soap is generally made in a slow cooker / crockpot, and is so called because additional heat is added to the soapmaking process to speed up saponification. However, knowing how quickly this fragrance accelerates trace, I dispensed completely with the crockpot but made sure that my oils and lye solution were significantly hotter than I would normally have them. I added the fragrance to the heated oils and butters first and mixed very well, to ensure that it was completed incorporated. I then slowly added the hot lye solution to the oils and mixed well again. It turned solid in the bucket quite quickly, and I let it sit for a while it continued to heat up. This is NOT something I would recomend for any beginner soapmakers, overheated caustic soap batter is dangerous.

I’ve tried to upload a video of the mixing of the batter but I can’t seem to get it work, but here are a couple of photos:

Once I was happy that it was all thoroughly mixed and of the right ‘vaseline-like’ texture I plopped it into the moulds. They’re certainly not the most beautiful ‘in-the-mould’ photos 😉

Yesterday I unmoulded and cut the loaves and I’m really happy with how they turned out. While I usually give my regular bars a full 6 weeks cure time, these psuedo-hot process bars don’t need quite so long, and will be available for purchase on, aptly enough, 31st October.

Thanks for reading – back tomorrow for Day 7 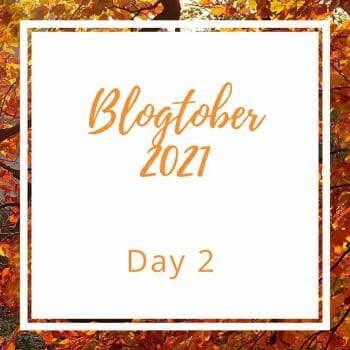 So, I’ve done a little research and I’m happy to announce that I am NO closer to having a plan for this 31 day jaunt into Blogland. Search Google or Pinterest and there’s no end of ideas for Blogtober blog posts, but I’m massively underqualified to write about ‘My Favourite Fall Outfit’, ‘Updating Your Make-Up for Autumn’ and ‘Making the Perfect Pumpkin Spice Latte’ so it looks like I’ll be winging it. There’ll probably be a little bit about soap and soap-making, a little bit about The Soap Mine, and a little bit about me.

Today’s post is going to be a quick round up of the limited edition autumn special range, which was released on Friday 24th September. It does feel a LITTLE pointless blogging about them now, given that they’ve already sold out, but it’ll be nice to have a record of them all in one place for posterity.

There were four autumn specials this year – Campfire Marshmallow, Hocus Pocus, Vetiver and Toffee Apple. Getting them all made in time was a real challenge; I was out of action for roughly three weeks during the end of June / beginning of July, and when the time came to make the autumn bars I was still in stock-making catch-up mode. As it was I ran out of time and was only able to make half the number of Vetiver that I’d planned to make. Toffee Apple threw another spanner in the works. It’s an AMAZING fragrance, but behaves very badly in soap, turning it solid in the mixing bowl within seconds. With this in mind I decided to experiment with the HP (Hot Process) soapmaking method which was very successful but resulted in a bar which looked much more rustic than the others in the range. Being sure that they wouldn’t be as popular as the others, I only made 30. Big mistake but hey ho…

A delicious sweet-and-smoky toasted marshmallow fragrance with caramel & vanilla on a base of smoky campfire, and was back for it’s second outing after going down a storm last autumn. I made two designs – firstly an attempt at a ‘fire’ type pattern which I wasn’t 100% happy with, but which looked so much better once the soap had cured a bit, and secondly a more abstract pattern with identical colours. With hindsight I should probably have stuck with the first design – noted for next year (because I’ll get shot if this doesn’t come back as part of next years autumn range)

The was a new-to-me fragrance which is predominantly sweet cherry with notes of almond, vanilla and sherberty citrus fruits. I’ve never made Halloween soaps as such, but I wanted this one to have that kind of feel, and the colours reflected that idea. I ran a competition in The Soap Mine Community Facebook group to find a name, and Hocus Pocus was the winner.

This was another new-to-me fragrance which had been requested a few times, but I wasn’t a huge fan of the smell out of the bottle. In soap though? It’s phenomenal – a deep, woodsy and very sexy smell which I just kept going back to. I can’t describe it better than the description given by one of my awesome testers, so I’m just going to share it all here:

“This is the one I’ll buy for my husband cause it smells just like a whiff of gorgeous bearded man in the woods with an axe and just a hint of danger and sparkle in his eye!! A bit like sweet masculine sweat fighting with the fresh scent of soap they slathered on in a tin shower at dawn in the mountains, the two intermingled but perfectly balanced! And it’s the one I’ll borrow just occasionally enough so I can carry that image around with me”

How’s that for a recommendation!! I’m convinced this particular description is the reason it sold out within 12 hours, so thank you Laura!!

A delicious blend of tart apple with just enough sweet caramel to make it irrisistable! A very naughty fragrance but too good not to share, which I why I used the Hot Process method to make this one. Sadly I only made 30 bars and it sold out within the first 2 hours. I’ve had to promise to make more forthwith!

Day 2 of Blogtober wasn’t too painful. Just another 29 days to go 🙂

Thanks for reading, I’ll be back tomorrow.